13.02.2018
At last week’s meeting of the Manchester City Council Planning Committee the application for the Emmeline Pankhurst statue was granted.

This means that the unveiling can go ahead on Friday, 14th December 2018 – the 100th anniversary of some women voting for the first time in a British General Election.

Eleven year old Fatima Shahid addressed the committee on the plans telling them how much she was looking forward to taking her children and grandchildren to see the statue in years to come.

Pictured: Fatima, third left, with Councillor Andrew Simcock, and her fellow pupils at Newall Green Primary School in Wythenshawe after the meeting. 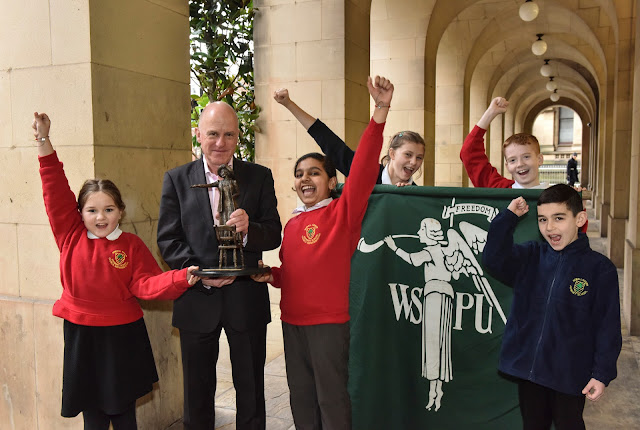 Andrew holds the maquette of the Hazel Reeves design of the Emmeline Pankhurst statue Rise Up Women.